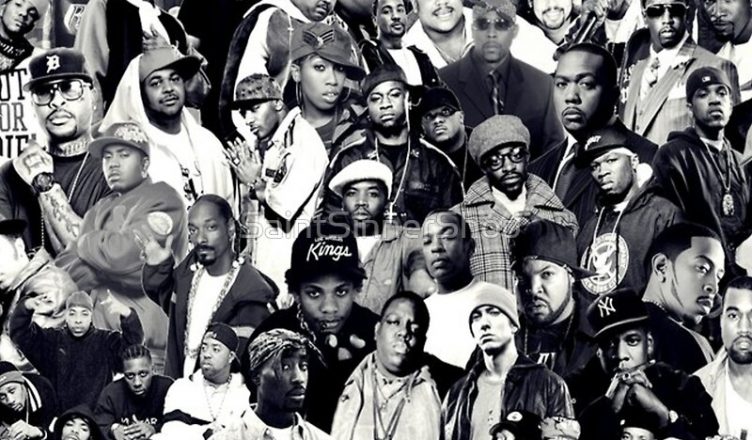 Hip hop for years has been a very versatile genre with a lot of different collaborations and cross genre experiments. I personally love them all: Hip Hop with R&B, Hip Hop with Rock, Hip Hop with Reggae/Dance Hall, Supergroups and collaborative duo albums like when Havoc just did an album with Styles P. There are so many experimental projects that are some of my favorite albums.

One album that I thought was really creative and interesting was Black Market Militia that initially started with Tragedy Khadafi and Killah Priest and then branched out to include Timbo King, Hell Razah and William Cooper. That project right there was definitely up there as one of my favorites. Unfortunately, it was only a one off album and never had a follow up. Another great one, also including Killah Priest, is the 4 Horseman group. This consists of Killah Priest, Canibus, Ras Kass and Kurupt.

A couple interesting duo projects are the Undergods with Keith Murray and Canibus which was also just a one off project. I wouldn’t mind seeing that revisited. You had the Havoc and Styles P, you had Method Man and Redman which did have a follow up album. You also had Hussein Fatal and Nutzo album which was a very good project. I am sure there are many others that I did not mention but there was also the Wu Block that was a project from Ghostface Killah and Sheek Louch and had features by artists from both the Lox and Wu Tang Clan.

Here are a few projects I would love to see a follow up to or maybe just a random dream project:

Sunz of Man with all original members follow up

Onyx album back with Sonny Seeza

I also wouldn’t mind another Lake and Cormega album (where the hell has Lake gone?)

QB’s Finest would have been a great follow up (still could happen!)

Another album that was discussed (maybe just by fans) was a Tragedy and Cormega album. That would have been legendary

Oh, I almost forgot, the album that was supposed to come out with Treach, Freddie Foxxx and Trick Trick. They even did a couple tracks and shot a video with Raekwon. That would have been fire.

I also hear there is a big West Coast collaboration album coming with Snoop and a few others.