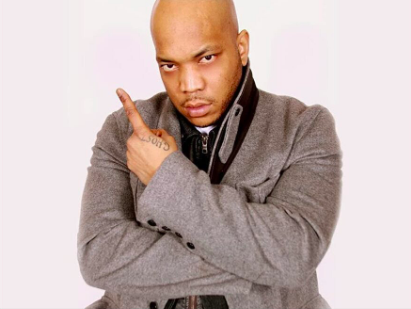 The Lox is one of the most prolific groups to come out of NY and consists of Jadakiss, Styles P and Sheek Louch. Styles P is a very active and hard working member of this group who releases solo albums like hot cakes and they are not watered down at all. Making hit music comes naturally to him and his fellow group members.

A lot of really strange and just out of the ordinary things have been happening so far this year in 2020. The Plandemic and then the very unfortunate and horrifying death of George Floyd which sparked massive protests around the country and caused the world to sort of forget the pandemic was even happening because mass amounts of people were coming together to protest. The protests were peaceful at first and were done to try and bring reform to police brutality. Police work for the people and it is very unfortunate when things like that happen. But, I think we can agree that police officers are people and most seem to be doing their jobs and have good intentions and want to help their communities.

But, when other outside entities come together to exploit the frustrations and anger of folks by sending out paid agitators, things can go south very quickly. I don’t know any of this information first hand but you have to do some research and review a variety of sources. Some are saying that there are agitators being paid for who are going around and disrupting the protests and urging folks to riot, loot and burn things down. It is complete chaos and not a good idea because the looting and burning is happening in their communities. Then, the agitators don’t give a darn because they were paid to do their job and then head right back home where things are in order. Don’t ever limit yourself to just a couple sources because you may not be getting the full story or even a made up story occasionally.

To get to the meat and potatoes of this story, Styles P appears to want answers around some controversy that was revealed recently about Black Lives Matter organization or political group also known as BLM. I don’t know the specific details but it appears some are questioning where exactly the black lives matter donations are going and some may even infer that the funding is going to the Joe Biden campaign or DNC. You can check google but be very leery of the sources online too because the same corruption and bias that goes on in the main stream media extends also to the internet. Check out the posts from Styles P below and make your own conclusions and research:

Let’s not forget, Styles P is someone who is very respected in the hip hop community and I am sure he would not cause controversy for no reason. He wants some solid answers and I think the people do to.

One thought on “Styles P Demands Answers About BLM Donations”