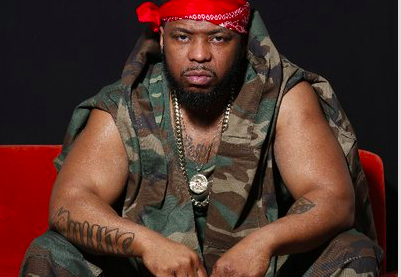 Saigon was a phenomenon when he first hit the hip hop scene because he was unique, very witty and had a very versatile flow and style. He was gaining a lot of notoriety from other MC’s and the music executives because they realized they had something they could make money off of.

Saigon isn’t your typical rapper though, he is very conscious and cares about the material that he puts out. He doesn’t want to be another artist that gets pimped by his record label and he took a stand for being in charge of what type of content he puts out. From articles that I have read and just following his career, he has wanted to put out music that makes you think, that teaches people about the struggles that he had to endure and how not to make the same mistakes he had in the past.

I commend him for that because going against the grain in the music industry could mean being shelved or blackballed. Record executives wanted the street music and the aggressive music that Saigon appeared to be trying to get away from. Not necessarily get away from the aggressive music but get away from music that would poison the mind of the youth such as glorify the streets and that lifestyle. He seemed to want to give people music that enlightened them and steered them clear from the pitfalls of the street life. Why would the music industry not want to promote an artist who spreads positivity?

It wasn’t easy though because the guys who write the checks are the ones who make the decisions and obviously this didn’t equate to major promotion of some of his albums. Saigon has a large fan following though so his true fans always knew when he put music out and supported. He gained his following through the music and through some of the movies and show appearances. Now Saigon appears to be very successful from a mix of being an artist in the music business and also from being an entrepreneur.

Check out HipHopMyWay which is a business that is run by Saigon. He has a very innovative platform that enables artists, DJ’s, song writers and producers to join and connect with each other, learn from experts and win potential prizes after being voted on by fans. It is essentially a platform for independent artists to get discovered and grow by learning the ins and outs of the business from experts.

The moral of the story is, you don’t have to give into big time record executives if they are not treating you fairly. All you have to do is be creative and innovative and have an entrepreneur spirit and make your own way.