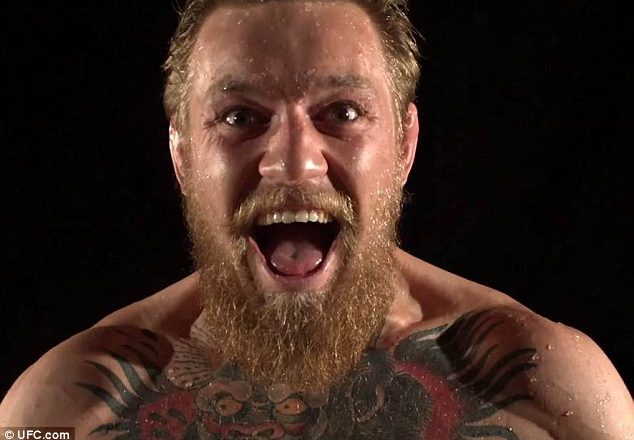 I just see a headline on Twitter that states Conor McGregor is disgruntled at the fact that the Lightweight title will be stripped from him.  I am a huge Conor McGregor fan but what can you expect if you take such a long time off from fighting and never defend your title?  It is understandable that making a $100 million in one fight makes someone less inclined to take a harder full contact fight in the UFC for a fraction of that but, this was nutty.

Conor apparently was let in by some MacLife people who opened a door for him in the Brooklyn venue and he stormed in with 20 or so nutty Irishmen.  He is then seen taking a hand truck and tossing it into a window of a bus that a bunch of UFC fighters had boarded.  Then another object was thrown a little later cracking another window.  The first window that the hand truck went through completely shattered the window and injured one of the fighters.

My advice to Conor would be to stop doing these wacky things that are going to get you sued multiple times and just train extra hard and take the next fight.  Depending on who wins the fight this Saturday between Khabib and Max, he should take the winner.  Check out the video footage below.

Dana White’s response to it.