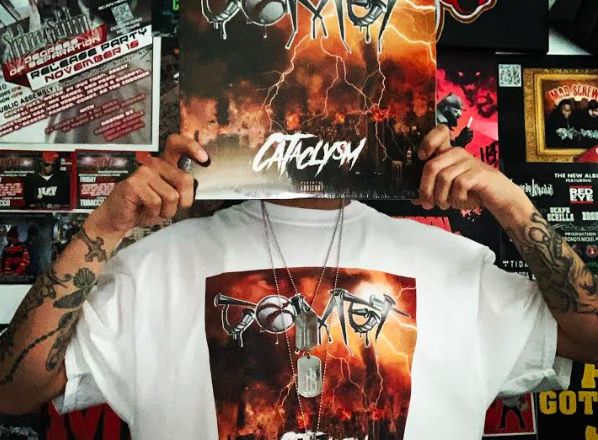 I had a chance to catch up with Comet who just released a new album Cataclysm that is available on all digital platforms. He also has a vinyl release as well for the DJ’s out there. You can purchase the album HERE. Comet is a part of the whole Screwball unit which is headed by the legendary Blaq Poet. Screwball has new members and Comet is one of them who appears to be pretty active in the music business. The new album Cataclysm has a bunch of heavy hitters as features on it including Ty Nitty, Blaq Poet, Tragedy Khadafi, Sadat X among others. The album was mixed by DJ Swab and mastered by PF Cuttin.

MusicalFury – What’s up Comet, I hear you have some new music available. Can you tell the us a bit about your new album Cataclysm?

Comet – The new album is out right now. The first release off of madmen entertainment which is available now on all digital platforms and on vinyl. It is some real heat man, heat that people have been missing. I have been working on this for a while now and the time is hear, it is time to give the fans what they have been asking for.

MusicalFury – That’s fantastic, I can’t wait to hear it. What is your inspiration and biggest influence for making music?

Comet – Music is inspirational in itself. It lets you express yourself and lets you get your feelings out. It may make someone else’s day better and someone else may enjoy it because they relate to it. I don’t have one specific artist that makes me want to be a rapper but rather the whole culture itself, every aspect of it. I am originally from the Bronx and the graffiti and breakdancing was always at the forefront for me also just the fashion, DJ’ing and the style. I have multiple favorite artists that inspired me and continue to inspire me. Hip hop is always setting trends.

MusicalFury – What made you name the album Cataclysm?

Comet – Cataclysm, well, they call me Comet and when comets hit it is a cataclysmic impact. Maybe it will wipe out all the bullshit and help give the people what they want. The vibe of the album is NY. You have a lot of NY artists out there but their vibe isn’t always NY. I have a lot of great features on this album as well like Sadat X, Napolean, Tragedy Khadafi, Blaq Poet, GOD Father Pt. 3, Ty Nitty and others. Check the photo of the back of the album for the full album features.

MusicalFury – Releasing an album independently I am sure gives you more creative control but you have to put in more effort when it comes to budget, promotion, touring etc… Can you give the fans an idea of the time and effort that goes into doing a solo independent album?

Comet – Ah man, independent is a beautiful thing. It can be a curse at the same time though you know what I mean? When you are independent, you have to do a lot of the work yourself. I don’t have a manager or a PR person, so I have to do all of that. It isn’t that I don’t reach out but it is because people always want to make time when they want to make time. If you are paying someone to do things and they aren’t doing what they should, then sometimes you have to take it into your own hands. All my radio shows and interviews and what not is me putting myself out there and networking. Also, it is important to be original, do it your own way.

MusicalFury – I first heard about your music because I am a big Poet fan. How did you guys first link up together?

Comet – I have always known about Blaq Poet because he is a legend in the game. But, when I met him he had just come off of tour off of the Blaqprint album. My man Sam Thorough was the intermediate, he was in the middle. When I talked to Sammy he told me Blaq Poet is available and he may want to link up and do some music. When he came back they had the album release party and I went out to SOB’s. I didn’t meet him until the end of the night and I have a funny story. I am there with a couple of my friends and a whole mob comes off the train like Poet and about 30 other people. We were on line waiting to come in and the bouncer was asking Poet if everyone is with you. I was probably the only person in the line that he didn’t know and I never knew him at the time so I had to wait to go in. I finally get in and my man brings me downstairs and then at the end of the night I see my man Poet coming out of the store and he says to my friend, if he was with you guys why didn’t you say anything? My friends knew poet so we began talking and we finally recorded in 2010. We just started working and he saw my grind and after that, we just began working. Fast forward a bit and we recorded our first song that featured Ruste Juxx and FT. After that we eventually did my album Mad Screws but that wasn’t actually supposed to be a collaborative album, that was my solo project. We were recording so much that we dropped that and Blaq Poet was featured heavily on there.

MusicalFury – The passing of Nipsey Hussle, a very positive and proactive person involved in his community, really brought a lot of groups together. What are your thoughts on that situation? Do you think there is a way to promote more peace so that this positivity continues on?

Comet – Well, the thing I liked about Nipsey was that he was intelligent. That is one thing that some people in the community lack which is intelligence. I love how it brought the people together but at the same time, why did it take this for you to all come together? People have no idea how much strength is in numbers. Peace is good but for how long will this peace last? One thing that I really liked is that everyone was touched by what happened, from north to south and east to west. There are others out there like Nipsey Hussle as well who are doing good for the community and helping out others only to be gunned down on their own block. It is very sad. When you breed positivity there is always the opposite lurking, always someone who may be bitter that you are doing well. What happened to Nipsey came from someone who didn’t value him. You are supposed to value each other whether you have value or don’t have value. The value should be the person, not their status. Nipsey always was trying to help the less fortunate and I respected him so much for that.

MusicalFury – What is next for you as a solo artist?

Comet – I am part of Screwball. Me and Blaq Poet have another little EP on the way. We are getting the animation done and then Blaq Poet’s new album Simon Phoenix is coming out very soon, executive produced by us. I just keep working man, I still have a lot of unreleased tracks as well that I may decide to put out. I also released quite a few videos for this new project as that you can see on youtube.

MusicalFury – To end on a positive note, I like to ask the artists about their religious or spiritual beliefs because I am basically just curious. Do you mind telling me a bit about your beliefs?

Comet – As far as beliefs, I believe in the most-high. I believe in good and bad energy. There is only one most-high but I will not give him a name because there are different religions that have different names for him. I lean more towards Islam a bit but I respect other religions. It all depends on you yourself and the energy that you give out. We ourselves have that ying and yang effect, there is no one person better than another or no one person worse than another. It all depends on how you carry yourself. To study is a whole different thing because they tell you here, read this, they want you to read one truth and then another story may be another truth. The real way to find religion is to research everything.

MusicalFury – Thanks for your time and good luck on your music. 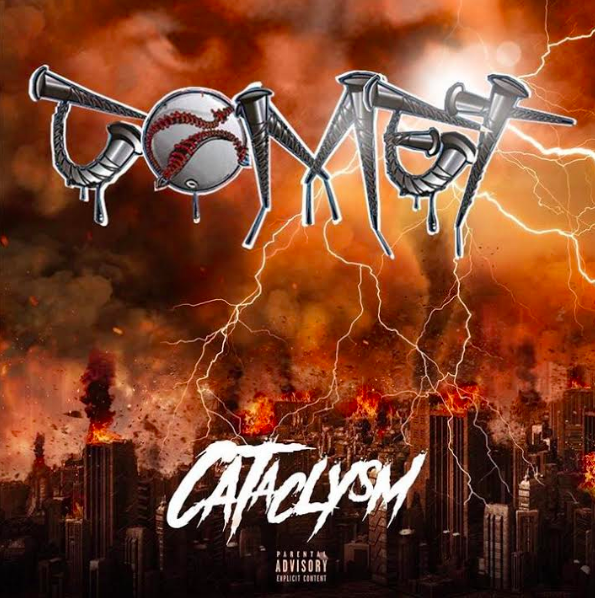 Disclaimer: The content on this website is for entertainment purposes, similar to movies. The publisher does not condone negativity and tries to promote positivity at every chance. Thank you for visiting the website.