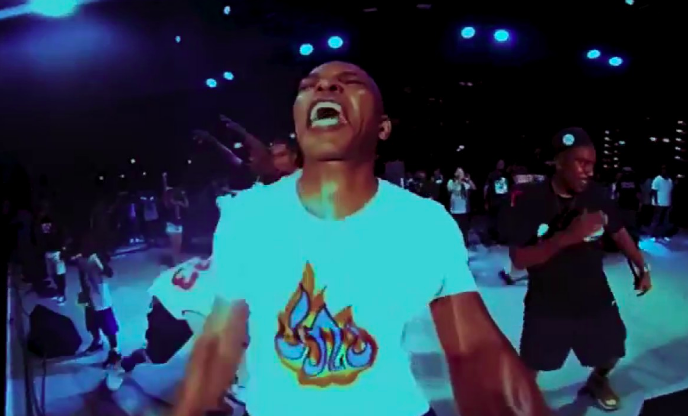 It’s been a while since I heard anything from Onyx. These guys randomly started recording with just Sticky Fingaz and Fredro Starr and no longer record with Sonny Seeza. That was a mistake in my opinion but I guess the music was still sounding alright. Sonny Seeza has done some interviews where he stated he is still cool with those guys but chooses to do his solo career.

Sticky Fingaz apparently has a new album/movie type offering called It’s About T.I.M.E. The Illest Man Ever. Sticky Fingaz is one third of onyx, or now I guess one half, and has released a solo album after quite a hiatus. I haven’t heard the album yet but will probably get it from the site at some point. A couple of the tracks sound good. The unfortunate thing about marketing these days is that another site I saw had a headline about Sticky Fingaz and Kodak Black having some sort of drama but they didn’t mention anything about Sticky Fingaz album.

It was smart on his part to try and promote this new album with a song that basically addresses the whole thing with Kodak Black. You can purchase the album/movie for $19.99 on Sticky’s own website stickyfingaz.com.

Here is a video that he did with Nore. I guess every track has its own music video. Sticky Fingaz was always kind of creative when it came to standing out a bit from the rest.

Here is a trailer for this new album which is basically like a movie also.