Azealia Banks Wild’N Out on Nick Cannon?
Skip to content 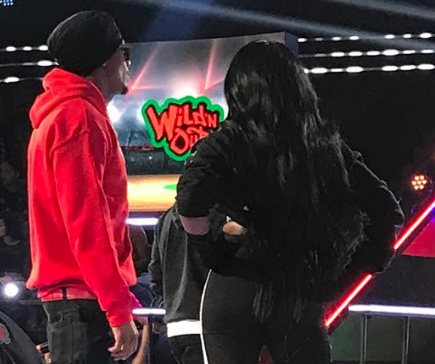 Let me start out by saying I think Azealia Banks is very talented. I like her voice and she has some really great material out there. She certainly is embroiled in quite a bit of controversy though. It appears that she and Nick Cannon are at odds because of a recent performance/mishap at the Wild’N Out show.

Check out what she posted on her Instagram account regarding the situation. It appears that the viewers of Wild’N Out will also be able to hear some really deep thought out rhymes by Lil Yachty as well because he is a guest on the same episode.

I did Wildin’ out today. There were tons of pre-planned colorist jokes and of course …. cry baby cried. Some little scrawny black Atlanta twink was prepared for me. They planned this – hit me on short notice, told me I didn’t have to participate in the coon ass freestyle battles ,(not my style) and I was to sing my song and go home. I show up and some guy who’s darker than me starts calling me ugly and being colorist, then all of a sudden a choir of the most disgustingly basic, local, cattle call “urban” pseudo comedic “FAT BECause You sit in a chair all day” greasy soul food induced south of the mason Dixon ,self hatred. Ass It#backwards, post-Jim crow , post traumatic slave disorder true self esteem less, Ward of the state CLOWNS with their low scale and highly UNimpressive resumes, start going off about how the beautiful Azealia Banks looks! I’ve never felt so much hate and rage for anyone else than I did in that moment. Yemaya was really on stage . Yemaya …..

Here is Nick Cannon’s response to the whole situation via his Instagram. Notice how in today’s age everyone tells their story through their social media profiles? I guess it is the quickest way to get information out to all of your fans.

Don’t you hate when you create your own storms but forget your umbrella??? 🤦🏾‍♂️ @azealiabanks We are praying for you Queen 🙏🏾 #speedyrecovery #Healing She #Wildnout for real 😳 🤣 #Karma