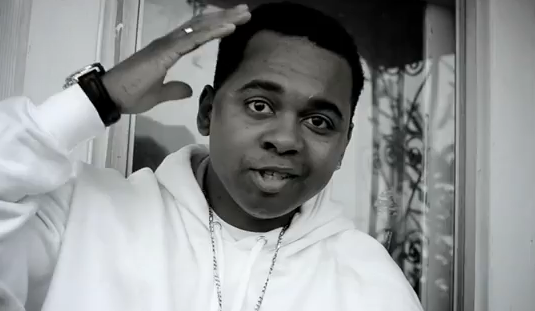 I just caught up with Hell Razah for the first time in a couple of years to see what he has been up to. This man suffered a brain aneurysm back in 2010 and has still been making tremendous efforts to get better and to pump out quality hip hop for the fans. You may also know him as the youngest member of the famous group Sunz of Man who were closely affiliated with Wu Tang Clan and produced tons of classic hits. Read the interview and see what he has in store for you in the near future such as more solo projects and group projects.

MusicalFury – Hey Razah, how have you been?

Hell Razah – I have been in recovery, getting better and stronger. It was hard in the very beginning from my brain aneurysm. This happened in 2010 and it has been 8 years already that went by.

MusicalFury – It has been a while since we last spoke, what have you been up to over the past couple of years or so? I noticed that you have a new album out, several mixtapes and a documentary that you have been working on for for a while.

Hell Razah – The main thing I have been working on right now is my movie. I started a mixtape series called the Hood Transporter. I am up to volume 8 at this point. I dropped a few albums within the last time that we spoke, the one with Ayatollah and one with Blaster Beats. Blaster Beats also produced on my Heaven Razah album. The name of the album is You Only Live Twice.

MusicalFury – Can you tell me a bit about how the Hell Razah and Ayatollah project Blaxploitation came about?

Hell Razah – Yes, well me and Ayatollah got together because we were both on Nature Sounds. He was on as a producer and then we got together. He also did a song on the Heaven Razah album. Once we realized how are music sounded together we figured might as well put a full album out. This is the first time that he is really rhyming on the album as well.

MusicalFury – You have released quite a few solid albums throughout your career so far, some that have a variety of producers and some that are one producer throughout the entire album. What is better for you, in your opinion?

Hell Razah – One producer is more organized. It keeps everything much simpler and the more simple it is to create, the better the project turns out.

MusicalFury – You were part of the legendary group Sunz of Man and were one of the key groups that were affiliated with Wu Tang Clan right when they were beginning to get to the Beatles status. What was that like coming up under such a legendary group like that?

Hell Razah – For me, in a group it was hard. I was the youngest out of the group. I had to keep up with my bigger brothers as a youth in the group. I had to work much harder than anything. Everybody brings something to the table to make it a collective body. Everyone brainstorms and comes up with the hooks and concepts. Each individual brings something a little different to the table and that is how it was with Sunz of Man. We all had an element that brought us all together for one body. The Sunz of Man is in my movie too.

MusicalFury – Where is Sunz of Man today as far as trying to put out a new album? Would you ever consider putting together another album with all the original members including Killah Priest, Prodigal Son, 60 Second Assassin and yourself?

Hell Razah – Well, we just had a conversation about this during the premier of my movie at the Magic Johnson theater in Harlem. Everybody right now is doing individual work right now. Everyone is doing their solo work, that was the plan when we first came in at the beginning. Yes, we do consider getting back together and doing another project as a group.

MusicalFury – I recently heard there is another official Wu Tang Clan album in the works and is being executive produced by Ghostface Killah. Do you have any involvement in that?

Hell Razah – I don’t have any involvement in it but that is something exciting that will be happening. It is going to be incredible because everything that Ghost put out came out classic. I am on his album Supreme Clientele and his album Ironman was insane. His Bulletproof Wallets was great, all of his projects. Ghost has an incredible ear for music.

MusicalFury – What are your thoughts on the current state of hip hop? It seems like there is somewhat of a transition going on because it is very versatile at the moment.

Hell Razah – Right now, it is very different right now because it is so digital. There are lots of freedom to do certain things that normally wouldn’t have been able to happen. It is just like children when the parents are not home, everything starts happening. It went through a phase of the mumble stuff, then the tight pants era and now it came out of that. It is coming back to its original core right now. It did a rebirth of its original form right now. A lot of veterans missed the realness of it and are starting to put out great music and inspiring the younger artist.

Hell Razah – Exactly, that is what put the spark out. A lot of guys are feeling like they want to put out new material now because they lit the fire again.

MusicalFury – What are your thoughts on new albums that get released only having 7 tracks on it. For instance, Nas hasn’t released an album in about 6 years and then released Nasir with production by Kanye West and it only contained 7 tracks. You also had Kanye’s album, Pusha T’s album and I think one or two others recently that had less than 10 tracks.

Hell Razah – That has to deal with more of the business aspect. People are more business educated now. When they are doing music they are not doing it just to do it, it is about business. It is more like quality over quantity, like they say less is more at times. If you deliver 7 solid joints then it is going to be classic. You can put out 70 songs on an album and it can be a wack album still.

Hell Razah – He can do that right now because he has a really big following. You have to be a very strong artist to hold that kind of weight. There is a lot of writing involved and if you don’t have a lot of money you won’t be able to put money up for ghost writers and things like that. It is a lot of focus it takes to put into something like that.

MusicalFury – What is your current relationship like with the Black Market Militia? Is that another group project that you may focus on in the near future?

Hell Razah – Man, you are right on point with that. We were just all talking about that. Yes, you are right on time with it because we will be returning with that again too. Everyone is around right now, everyone involved with the first project. A lot of people started getting busy so it will take some time. We certainly do not want to put out anything weak so we have to put some time into that.

MusicalFury – Being a big hip hop fan I love to hear about projects that you are doing like Risen: the story of Chron “Hell Razah” Smith. It appears to have a lot of really great footage of you throughout the years which seems very interesting. What is the main focus on this documentary and who can we expect to be featured in it?

Hell Razah – I have a soundtrack coming with that movie as well. I released the trailer and it is getting shown at film festivals right now. We just won some awards already and once we finish up with the film festivals the official release will be out shortly after. It is similar like releasing an album, you have to go on tour and do the radio interviews. But there are some variances between the two. We won the Los Angeles Independent Film Festival Award, the Peoples Film Festival Award in Harlem which was the best music documentary. The website is called risendocumentary.com.

MusicalFury – Just like in the past, I always like to pick artist’s brains about their spirituality and thoughts about religion. What are your current thoughts on religion and God?

Hell Razah – Well, religion to me is a business. God did not give man religion he gave us law. Religion is a business, it is like the politics of spirituality. God gave man law and not religion. I definitely believe in a higher power and would consider myself spiritual but just not into the secular religions.

MusicalFury – Thank you very much for your time and I wish you nothing but success and prosperity on all of the work that you produce.

Hell Razah – Thank you very much. People who want to keep updated at my website hellrazahdigital.com for all of the music that may have been missed they can check it out there.

As you can see, Hell Razah has been working very hard for his fans. Check out all of the Hood Transporter Mixtapes below: