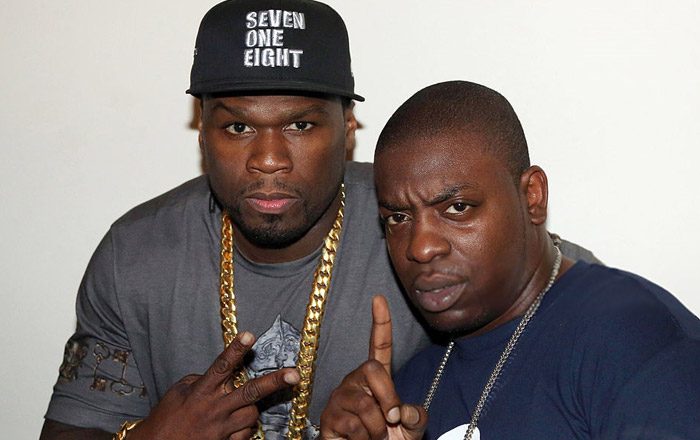 Uncle Murda is one of those rappers that has explored some new heights lately, especially after collaborating with Maino on King Kong vs. Godzilla and signing to 50 Cent’s G-Unit label.  He has beeb making some heavyweight moves lately and I am sure he will be releasing an official album soon.  This is an interview I did previously but I hope I get a chance to connect with him again to hear what is new on his agenda for 2018.

MusicalFury – How are you Uncle Murda?

MusicalFury – Oh great, do you still go by Uncle Murda or are you officially Uncle M now?

Uncle Murda – It’s always going to be Uncle Murda but it is also U.M. Make sure to check out the newest mixtape coming out on February 21st – GMG presents: Ain’t Nothing Sweet Vol. 1.

MusicalFury – You have a lot of buzz from all the features and mixtapes you put out, what is your current situation as far as record deal? I think one of the first times I heard you was on a Lakey the Kid mixtape and everyone on that track killed it!

MusicalFury – How does it feel now that when you put something out, whether a full mixtape or a single, that it gets heard by people around the world?

Uncle Murda – It’s a good feeling I like getting shit off my chest, I like saying that real shit that people can relate to. I like how my music is getting heard and giving them that good music. I am trying to motivate people with my music and have some fun with this shit man.

MusicalFury – When you are not in the studio making all those hits, what do you do for fun on your free time?

Uncle Murda – Fuck this rap shit I hurt these rappers man. Did you see the bullshit that happened out there in Florida? Let’s talk about that how that asshole shot that 17 year old black boy because of loud music. Fuck the system and fuck the judge.

MusicalFury – I can understand your frustrations especially with George Zimmerman getting off. But at least this guy in FL is not getting off that easy.

You seem to have a close relationship with Maino, another NY artist that I have a lot of appreciation for his music, how did you get to know him from sharing studio time or something?

Uncle Murda – Maino is a street nigga, Im a street nigga and we just linked up, and that’s my motherfuckin brother. We know and are friends with some of the same people in the streets.

MusicalFury – Hip-Hop today has become very diverse with a broad range of sounds some that may even be considered a blend of hip hop and pop. Do you think that NY still wears the crown?

Uncle Murda – My dude I think everybody should just do their thing. It is dominated by the south right now a little bit but you got the west coast and the south doing them. Everybody need to just make music and do them, stop being so buddy buddy.

MusicalFury – I believe I saw somewhere that you said you would be willing to do a song with Papoose, that would be a great collaboration, I think. Is that something you would consider and sort of bury the hatchet?

Uncle Murda – No, we ain’t do any records and shit but everything cool.

MusicalFury – You have quite a number of mixtapes that are free for the fans to download, when do you plan to release an official album?

Uncle Murda – Yea, we going to put an album out this year too. This year we going to put out another EP and then put the actual album out after that. Feb 21st, GMG then after that we doing another Mixtape. We just want to get the shit going right and we will be releasing a lot of new music over 2014. Niggaz that talking to police goin get it.

MusicalFury – Are you waiting to get a deal from a major or are you considering the independent route where you would have more control?

MusicalFury – A lot of your music content is aggressive and I can see why. But, that is fine because hip hop tends to be aggressive and DMX, one of my favorite rappers, has some of the most aggressive lyrics out there, but he is also a very religious guy. He balances his music out by doing songs focused on his religious beliefs. Does Uncle Murda have a religious or spiritual side?

Uncle Murda – Yea, I believe in God, he is good, he done bless me so God is good.

MusicalFury – That’s great to hear. I appreciate your time and best of luck with your career, I am a big fan of your music and the First 48 is a great mixtape. Looking forward to “Ain’t Nothin Sweet Vol. 1” coming out February 21st.

Uncle Murda – No problem and I appreciate the love.