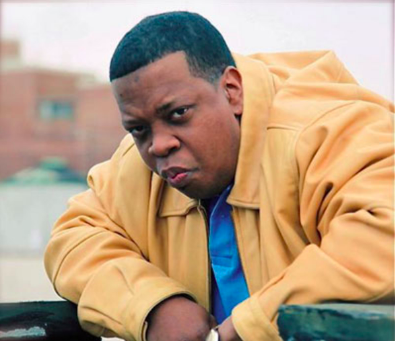 Illa Ghee is one of those Bed Stuy type of guys that has incredible skills on the mic.  You probably first heard of him on some of the Mobb Deep albums because he is a close associate, but he has created quite a name for himself as a solo artist.  One of my favorite albums is Bullet and a Bracelet.  He is still cooking up hits on a regular basis and most recently had a project release with the one and only, Sean Price.

New Album with Sean Price can be purchased here:  https://itunes.apple.com/us/album/metal-detectors/1358512095

MusicalFury – I like the new video you just released “Radio Rap is Not Ill”, that is from your new album?

Illa Ghee – Yes, that is a project I am putting together called Social Graffiti.

MusicalFury – One thing I have to do is commend you for is creating a track that is different than the trend. You notice how a lot of things are sounding the same these days? I don’t mind if music sounds similar as long as it sounds good.

Illa Ghee – I never was a person that tried to sound the same. I like hip hop, they can say whatever they want but I see people doing good in the so called underground. I am not necessarily looking for a record deal.

Illa Ghee – Well I would if the papers were right but I see people get signed and get the buzz and all that but then once they are on they can’t do the same thing. They may lose the buzz a little bit or just can’t be as hot as they were. I am just doing me and will continue doing it whether I am signed or not.

MusicalFury – You have a lot of mixtapes out and have been putting in a lot of work. What do you plan to contribute to hip hop besides amazing music? The Angeldust and Waffles album I played every day for a while.

Illa Ghee – I mean, just good solid lyricism. At this stage, if the word play is very intriguing and I like to take you on a journey.

MusicalFury – I saw a couple guys in the video like Sean Price and Lil Fame, did they contribute to the new album?

Illa Ghee – We will see.

MusicalFury – What are your goals after you release this new project?

Illa Ghee – Of course, that isn’t going to stop. I like talking shit on a record, I like rhyming, trying to see what new ways I can rhyme. I love that stuff, you can stay within your realm but just try different things.

MusicalFury – Do you have a label that set to release this new project or are you still shopping it around?

Illa Ghee – If anything, If I don’t have one I will just put it out myself. Angeldust and Waffles was purely digital but I do have some physicals on the website. You don’t know who is listening and most of everything I got is from word of mouth. I am shocked that people are saying I am a legend and all that but there are a lot of people out there listening.

MusicalFury – Have you been touring at all currently?

Illa Ghee – Not right now, I don’t have any dates yet but will have some soon.

MusicalFury – My favorite track on Angeldust and Waffles was ‘For You’ and ‘Takin Over’. I am sure all the songs on the new album will be great but are there any that really stand out?

MusicalFury – Are you still closely affiliated with Mobb Deep?

Illa Ghee – I mean we cool but I do my own thing and they do theirs.

MusicalFury – I saw something about you actually being a fitness trainer?

Illa Ghee – Yea, I actually do it. It’s going really good I have been doing it for a while.

MusicalFury – Can you give me some pointers if I come to your gym?

Illa Ghee – Yea, if I know what your goal is I can try to give you some pointers.

MusicalFury – Are you still living in NY?

Illa Ghee – Yea, one day holler at me, we’ll get you to the park and get you right.

MusicalFury – What motivates you to do what you do every day? Music is a big motivator for me personally but most importantly my belief in God, it helps a fella get through a lot.

Illa Ghee – Well, one thing I actually really do love doing music and it is good to release, this is like a form of therapy. Earlier on in my life I had some trouble so it was a way that I could get my aggression out and I just really like talking shit. Plus, I really feel like I can rhyme with the best of them.

MusicalFuryv – You can rhyme with the best of them without a doubt. Lastly, what religious beliefs do you have?

Illa Ghee – Truthfully, I believe in a creator but I don’t follow all of those rules that they give you in organized religion. I believe that someone created us but beyond that I don’t get into all the other stuff.

MusicalFury – As long as you are a believer my friend!