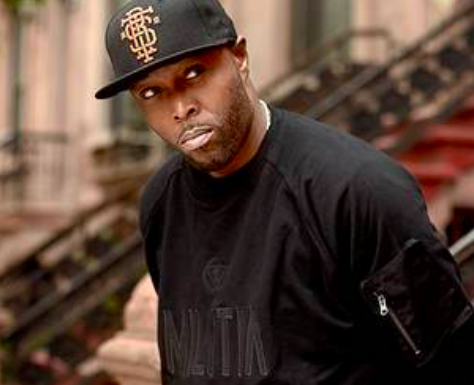 When I did this Black Rob interview, the responses he gave were like whoa! Black Rob is an artist that started out his first couple of albums on Bad Boy and then ended up going the independent route.  He had a good music career and he still continues to provide for his fans.

MusicalFury – You started out on the Bad Boy record label with Life Story, how did that initial deal come about?

Black Rob – This cat that I was cool with had a connection with Puff, since they went to Howard together. He introduced us and Puff asked me to spit right there on the spot. Once I started it was pretty much a rap from there.

MusicalFury – You have been recording professionally since 2000 but due being incarcerated you weren’t able to fully take advantage of the opportunity. Do you have any regrets or do you feel that what you had gone through made you who you are today?

Black Rob – No, I have no regrets. What I have been through definitely made me who I am today.

MusicalFury – You exploded on the hip hop scene with Whoa, how did your life change after dropping your first album on Bad boy?

Black Rob – I always felt that my time was coming, I just didn’t know when, but once “Whoa” dropped things went to another level, but my life didn’t really change too much at all, because I have always been the same down to earth dude.

MusicalFury – Do you still have a good relationship with Puffy?

Black Rob – Yes I do, that’s my brother. He recently brought me out to perform at the Madison Square Garden show NBA All-Star weekend. I will always have love for Puff. He gave me that opportunity, when he didn’t have to.

MusicalFury – I think Puffy knows how to certainly find talent but do you think there is a curse with some of the artists, especially from Harlem, that he gets involved with? With you as an exception, other artists like Mase, G Dep and Loon sort of disappeared for good from music.

Black Rob – No, not at all, and people need to stop saying that. Right now I’m focused on myself and my new album Genuine Article available now for pre-orders on itunes.

MusicalFury – Music is a very powerful tool that influences the youth and can be empowering and motivating. Do you see it this way? How do you take advantage of being heard by many?

Black Rob – I agree, but I look at it as just reporting what’s real. I spit what I know!

MusicalFury – After you dropped two records on Bad Boy in 2000 and 2005, was your contract up after the second album?

Black Rob – No, Puff switched distributors at the time. I had the opportunity to do another album with Bad Boy, but I just wanted to venture out on my own.

MusicalFury – Your last album was on Duck Down records, do you think major or independent is the best route for releasing music?

Black Rob – That all depends on the actual artist. Some are better with independent and others are better on a major. It really varies.

MusicalFury – I heard a while back that you actually were in jail with Tragedy Khadafi at a young age. Was he a motivating factor for you to write rhymes or is he just a fellow comrade that you coincidentally got into same career path?

Black Rob – I was already writing rhymes when we crossed paths, so that was just a coincidence.

MusicalFury – When is your new album Genuine Article coming out?

Black Rob – April 21, 2015, but you can pre-order it now on itunes. Be sure to get that, because it’s another Black Rob heater!

MusicalFury – Is this also going to be a Duck Down Records release?

Black Rob – No, this album will be on Slim Style Records/Box and One. Box and One is my label.

MusicalFury – Do you have any features on this album that you are excited about?

Black Rob – I do. I have Sean Price, Tek (Smif & Wessun), Murda Mook, Ron Browz, Quas Amill, Harley, and Kali Ranks on the album. I’m excited about them all.

MusicalFury – Would you say that you are religious or spiritual at all? If so, what religion do you practice?

MusicalFury – Thank you for your time and good luck on your new album!

@therealblackrob is the handle for social media.