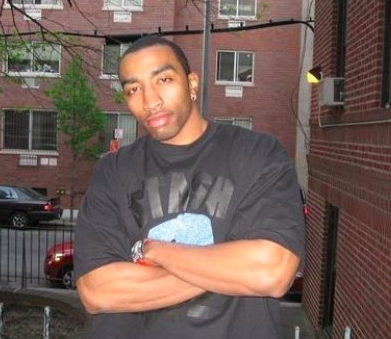 This interview is with Mysonne the NY General from the Highbridge section of the Bronx.  He has been making noise for years on the underground scene with mixtapes and ridiculously clever punchlines and wordplay.  Mysonne is a guy that had been through the street stuff back in the day and smartened up quite a bit with a very positive outlook on life.  He also tries very hard to preach peace and rationality to the youth which is very commendable.

Mysonne – Everything is good, excuse the background noise I am around a few people right now.

MusicalFury – You have been doing a lot of work lately because I see new freestyles and videos coming out on a regular basis. How do you stay motivated to put in so much work?

Mysonne – Mainly because music is my passion it allows me to express myself. If you are passionate about something it is fun for you so it is not really like you are doing work, it comes natural and I like to see it come to life.

MusicalFury – The thing I like about you is that you put out a lot of music and it all sounds good. Some people put out mix tapes every other day but they are mostly filler songs that don’t grab you. You are very well known without having an official album out, do you take advantage of your popularity and tour?

Mysonne – I haven’t really been touring lately, the last time I toured was in 2011 but I am definitely working on doing that now to set something up.

MusicalFury – One thing I really wanted to ask you is if you have all this material and release quite a few mix tapes, why don’t you put out an official album? Most people who aren’t signed to a major still put their album out the independent way, are you waiting for the right timing?

Mysonne – i am just putting out good music. The type of music that I like not too many people are making that type of music. Music with emotion and music that is heartfelt. Wherever it comes from it comes from, I am working and building that fan base and making music for people that loves that real music. I put out my own work in and just focusing on doing what we are currently doing and not really worrying about signing to a major.

MusicalFury – What are you currently working on, do you have plans to release something soon?

Mysonne – I am currently working on Autobot music part 2, putting that out soon.

MusicalFury – Can you explain to the fans who US is exactly?

Mysonne – Us is mostly a conglomerate, stands for universal soldiers, United Streets, basically stands for unity. A bunch of my friends who are like minded and have the same mentalities. This is more than just part of music this is more of like a family but we are working on some music as well.

MusicalFury – I noticed you have Chi Ali in one of your videos with an “US” shirt on, assuming he is also a part of US?

Mysonne – Chi ali is a friend we been friends since like 16 or 17 years old. We were close and once he came back home it just made sense to connect because we had a mutual respect for each other. It made sense and we work well together, he has his own situation but he is also a part of the family.

MusicalFury – That Battle rap you did with Ness was great, do you consider yourself to be the victor?

Mysonne – It really depends on who you ask. I don’t personally think I did what I think I could have done and to me it wasn’t one of my personal bests. You learn from mistakes you learn from victories, it’s all good.

MusicalFury – Were you in Philly for that?

Mysonne – No, we weren’t in Philly, they had a ton of dudes from Philly there though and we came on busses. They told us we couldn’t bring too many people but they ended up having a ton of people from their side so there were a lot of people in the crowd making noise.

MusicalFury – You have your own style and don’t try to replicate what is going on right now. I mean, you do remixes to songs/beats that are popular but in my opinion you make them sound so much more likable than the actual song and I think you are doing that to prove a point and is part of your strategy?

Mysonne – Definitely part of the strategy, any track that you do you want to make it better and put more to it. If you do a track to something that is popular you have to do something to equal quality or better because you don’t want to sound whack over something popular because it won’t have as big an effect.

MusicalFury – Who do you currently have a desire to work with? I know there are a few artists that I would enjoy seeing you work with.

MusicalFury – I would definitely like to hear you with a few artists that I think you would sound good with on a track. I tend to have a few now that I really enjoy listening to and am a die hard fan, DMX is one of the best out and I think you guys would sound great on a track, weren’t you actually a part of Ruff Ryders at one point in your career?

Mysonne – Definitely, Ruff Ryders are my family for sure.

MusicalFury – How about Blaq Poet, he has great energy on a track and I may be able to set that up for you two to do a track if you are interested.

Mysonne – For sure, I heard of him but send me a couple of songs so I can get a feel for his music. I would be open to it.

MusicalFury – A lot of rappers claim to be hustlers, gangsters, drug dealers etc.. but the consensus is that 95% are not what they say. You state that glorifying that lifestyle is not cool and you actually lived it and know from experience. Why do you think some of these guys put on an act?

Mysonne – some of them don’t really understand what the meaning of it is, I don’t glorifying it but what we did was more so to get out of our bad situations. Any time we speak about it we don’t glorify it we just try to give you a deeper understanding of our lives and why these things happen. When you glorify stupidity it’s not good we don’t want the kids to think that is cool. It is a different mindstate but I try to stay righteous.

MusicalFury – One thing that I am always curious about and have to ask is what are your views on religion?

Mysonne – I am more spiritual than religious. I don’t really dabble in religion because I know so many different beautiful people from different religions. Everyone religious has their own perspective on God and you have different names like Jesus in Christianity and Allah in Islam so every religion has their own version but I definitely know there is a higher power I just don’t know his name. I try to stay righteous and be a good person.

MusicalFury – I have similar opinions as you, I consider myself Christian but don’t like to claim a particular denomination because I feel that each has their own specific beliefs and the different sectors more so divide rather than unify which is what religion is supposed to do. Thank you for the interview and I appreciate your time.

Mysonne – Absolutely, nice talking to you.