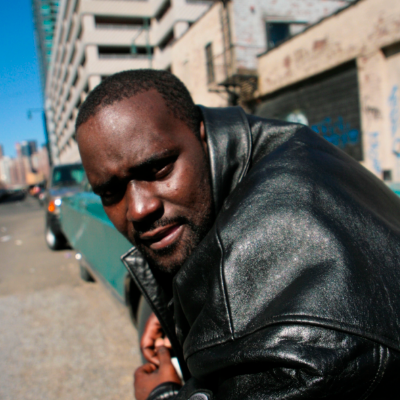 This is an interview that I did with the legendary Blaq Poet from Queensbridge talking about some projects that he has been working on.  This isn’t your ordinary MC, Blaq Poet is a different breed.  He is one of those guys that most rap artists wouldn’t dare respond to in a diss track.  The reason being is that he is a beast on the mic and would probably chew and spit out most of these lame brains.

What has been going on lately after the release of Blaq Poet Society?

Falling back getting my management right, promotion and then start attacking shows and spread the holy word of hip hop again.

How did you connect with Stu Bangaz?

We did blaq poet society, we was networking and it just worked out that we did the album.  Everyone enjoyed the album so now we have another album coming out that we are working on now called Blaq Reign.

This is going to be the fourth album you did with one producer, first being PHD with Hot Day then Blaqprint with DJ Premier, recently the Blaq Poet Society that you did with Stu Bangaz and Vanderslice along with the follow up to that, Blaq Reign.  How does this differ from doing an album with various producers and beats, is it easier or harder?  I forgot to ask you this part of the question, feel free to answer if you want, if not I will take it out of the interview, no prob..

What did you remember most or appreciate about growing up in Queensbridge in NYC ?

How is your relationship with your parents today?

Pops passed away in 96, that was my dude, my mom and pops was always there and my relationship was good.

What religion do you practice, are you a strong believer in God?

Yea I believe in God, the Almighty, some people call him Allah, some call him Buddah, there definitely is a higher force out there making it all come together.

I know a lot of the QB artists probably dispersed and live elsewhere in the world now, do most QB artists have a respect for each other or is there a lot of competition?

Nah man, there is a lot of competition amongst each other but everyone respect each other.  You got Cormega, you got me you got Tragedy, Bars & Hooks, mad dudes from this hood.  There is always going to be competition but I have a lot of respect for these guys.

What do you feel about the current state of hip hop?  Is there anyone in particular that you can relate to or enjoy their music?

Today’s hip hop is all about the production right now, I am not feeling all the beats they using.  I am not mad about how it is evolving but I want the hardcore shit to get the same plate as the bubble gum shit.  That is my only gripe with the game right now you have a lot of dudes that still got it spittin that fire but they aren’t being heard.  Give a fair playing ground, the internet is fair game and gives everyone a chance to do what they do.

No matter how I get, I can always appreciate the hardcore adrenaline rush raps that artists like yourself, M.O.P., Bumpy Knuckles and DMX produce.  You already had a couple of songs with M.O.P. and a track with Bumpy Knuckles, when do you think you will hop on a track with DMX?

I know you have multiple things going on and Screwball released some classic albums for sure, what is going on with the group now or the restructuring?

Screwball was Ty Nitty’s older Brother, Ty Nitty he has always been reppin with Screwball even when he was doing infamous mobb so he always been reppin the group so its just right that he be a part of it.  One of my cousin’s last wishes was to have Scape Scrilla down with us.  KL wanted Scape Scrilla from Boston to be down with us so we had to make that happen.  The group consists of Solo, Ty Nitty, Blaq Poet and Scape Scrilla.  Hostyle has been going through some personal stuff but the door is always open to him if he wants to come back, he always family man.

You recently had a track with Metta World Peace better known as Ron Artest called “Same Hood” because you both grew up in the same neighborhood.  How did the fans react to that?

You know, people from the hood they like it, the regular fans like it, we got a good reactoin from it especially from the internet.  We were supposed to shoot a real video for that but that song is just for the hood you know?  That is going to be on iTunes and I am going to put that out.  I appreciate him taking the time to come through and do the song.

Outside of the US the fans are really passionate about their hip hop music and not easily sold with the new gimmicky music that is mainstream now a days in the US, have you been touring overseas to cater to the fans outside of the states?

No doubt me and premo already went around the world.  I am trying to go back around the world the fans are more in tune to the real hip hop from back in the days, it aint about the money and trying to be fly or goin to the club and standing around.  I went to the club in Germany and they were doing all type of dances, breakdancing and nobody afraid of having fun and rapping.  I love Europe for loving hip hop the way they do.

What music are you working on currently?  I know you have something cooking again with Stu Bangaz and that is something that I am seriously anticipating because I enjoyed the Blaq Poet Society.