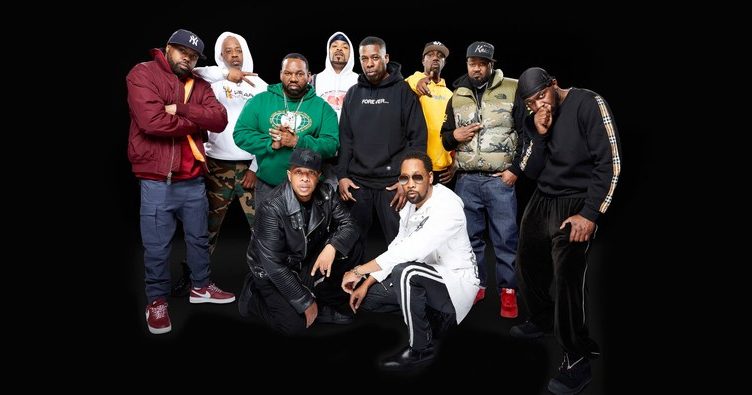 Ok, so Chris Castro, the younger brother of Tragedy Khadafi, has a pod/video cast called Drive Bys With Chris Castro. On this particular episode he discusses his ranking of Wu Tang members and why. The only thing is the video is a little short and doesn’t run through all of the members. He goes through five members and then doesn’t go beyond that which I have to respectfully disagree with. I believe that all the members are very talented but the only problem with that is you don’t want to make any of them feel bad by having one of the last. It is all subjective though so I am sure everyone has their own list.

The new Showtime documentary of Wu Tang has certainly shed some highly needed light back on one of the most legendary hip hop groups of all time. It is needed for these younger audiences to understand that lyricism is vastly important. When it comes to very lyrical and meaningful rhymes, Wu Tang is up there with some of the wittiest bars that have ever been spit.

Do you agree with Castro’s list? What is your ranking of the Wu Members?

Without making any member feel bad, I want to caveat that MusicalFury’s list, even for the rapper at the end doesn’t mean they aren’t good at what they do. I personally think that all the members are great but when you create a list like this you also have to take into account the catalog of music that each member has and the overall contributions that each member has had in the group and in hip hop.

There you have it folks, there is my list. It goes without saying that Wu Tang Clan had one of the biggest impacts on hip hop, period. Look at all the side groups or family members that Wu Tang has with the Killa Beez. They had groups like Gravediggaz, Killarmy, Sunz of Man, Royal Fam and the list goes on. So many of their side groups also had a pretty big impact on the industry and also spun off solo projects from each of the groups. It is pretty remarkable the amount of music that was connected to Wu Tang Clan and how much of an influence these pioneers had on the genre, especially in the 90’s and even into today.

By the way, if anyone knows someone who works at Showtime, tell them there are huge Wu Tang Clan fans that do not have Showtime! They should put the episode to be available on iTunes and other platforms for all to watch.

Check out the video that I initially referenced with Tragedy Khadafi and Chris Castro discussing the list.