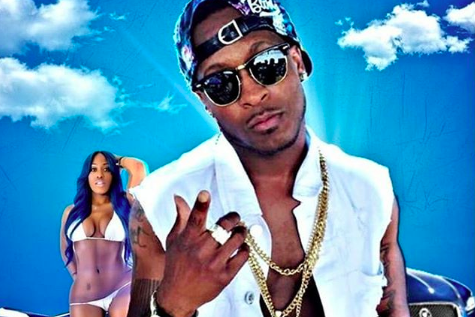 I had the chance to catch up with an artist originally from Mississippi named Playmaka. We connected a while back and he was doing his thing and fast forward a couple of years and his efforts are making progress. He has some big things in the work and one of which includes a Re-Loaded mixtape which will include some old songs that didn’t get the shine they deserved as well as some new tracks that are brand new. Playmaka is an artist that I believe in because his skill is unequivocally one of the best I have heard in quite a while.

Mark my words, this guy has superstar potential. Check out what he has been up to and watch the videos and check out the mixtapes at the end.

MusicalFury – What have you been up to since the last time we connected about 2 years ago or so?

Playmaka – I have been networking and grinding, I am out in the streets and clubs a lot. I hit Cali real heavy at parties and stuff just promoting. Right now, I am in Dallas.

MusicalFury – You had a couple of mixtapes out and had quite a bit of buzz, are you looking to get back into hip hop?

Playmaka – Yes, definitely. I have a lot of material that I am working on right now. Power Move Reloaded Mixtape. This is a sequel to a prior mixtape. It will have a lot of material from previously and I will add about 7 to 10 new songs. There are a lot of joints on there that I feel deserve more attention. I have investors interested in what is going on and I am putting a new campaign together and I feel it will get a lot more attention.

MusicalFury – I assume it was a marketing ploy when you released those freestyles a while back titled Lil Wayne’s artist?

Playmaka – Right, yes. My thing was that at the time my manager was networking and doing business with Lil Wayne and was on the road with him. What happened is I shot the idea that I am going to make this diss record and I am going to title it Lil Wayne’s new artist. The night before I presented the diss song to my manager at the time, they had Lil Wayne come to my city in Mississippi. I got to meet Lil Wayne’s manager at the time and I took some pictures with Birdman. They were trying to rush out the building, not sure what happened, but I wanted to give Lil Wayne my CD. It definitely got a lot of attention though at the time.

MusicalFury – What are expecting from your hip hop return? I remember your freestyles were actually incredible, have you still been practicing during your hiatus?

Playmaka – Yes, honestly man the freestyling and the practicing is in me, I never can give it up. We now are about to release some new material and I am actually about to hit the mainstream scenery in a major way, other than just the underground scenery. I have been sitting down with some people who are in the industry and I am trying to take my career to the next level. I am definitely in practice mode and this is a lifetime journey. I plan on doing movies as well.

MusicalFury – Do you feel that hip hop is lacking anything right now or do you think it is evolving the way that it should be?

Playmaka – Honestly, I feel like hip hop is growing in a way to where it is like evolving. We evolve as human beings but honestly, I think Kendrick Lamar is better than Tupac. But, the reason why I say this is because we evolve as people. Tupac had to listen to earlier cats and we had to listen to all these guys. As a culture, it is evolving. Even though the trap music and the music that is getting the people going like the Lil Pump’s and them, you sort of need that. Like hot to cold, it wouldn’t be hip hop if we didn’t have that sort of mix. I feel like hip hop is growing and right now I feel like hip hop is lacking me. It has made a leap towards a better environment. Music is very diverse and it has to be a way where we can grow. Some may say that hip hop is dying because you don’t have as many lyricists but if you stop and actually listen to some of these guys, like Migos, you can compare those guys to Bone Thugs. It is a little bit different, don’t get me wrong, but you can see some similarities. That is just me, that is how I look at it. I respect the fact that Kodak Black has greatness in him and I can appreciate that but I don’t believe that he really believes he is better than Pac. But, I can respect the fact that he can feel himself like he is great, I can appreciate that.

MusicalFury – What do you feel it takes to make it in hip hop today if someone wants to make a career out of rhyming?

Playmaka – You need that buzz. If you want to make a career out of rhyming and want to get into the music business, you have to ask, who do you like? What type of music inspires you? Once you start listening to someone you are going to start kind of sounding like them a little bit. You want to find these top people you like, then you start mimicking the great stuff that you see in these people and then find your own style. Learn how to write it and learn how to critique your style. Then find someone who makes beats and can record for you, start making some records. It doesn’t matter if you are good or bad you start building a fan base because you will start to get better. If you grow that fan base, they will grow with you. If you get your mindset right then nothing will stop you but if you focus on the bullshit then you will digress.

MusicalFury – A few guys made a huge break into hip hop by dissing other people, do you think that diss records are more recognized than just a regular record?

Playmaka – From what I experienced, of course. Not all of the records have to be disses. Anything that really just catches the attention of the people. It can be funny or whatever it is that catches people. Something can go viral if it really elicits a feeling and the most attractive feeling is love, being happy and having joy. The diss gives the hate feeling but it is right under the happy feeling. But yes, a lot of people break out from these diss records because it gets people’s attention. People are human and sometimes we like going to war.

MusicalFury – What artist has given you the most inspiration to write and step up your game as an artist?

Playmaka – Kendrick and recently I was looking at some Outkast stuff. Andre 3000 gives me a lot of inspiration and gets me to kind of go into the back a little deeper than I ever have. Tupac, I watched a documentary on Pac and just some of the things that I was listening to and things that he was doing were amazing. It is poetry and I love poetry, the people that make me really move are the ones that have that poetic feel. I like Cole and even Drake. Drake is more trying to sell records and to an extent everyone is trying to sell records. But Drake is trying to sell records more than trying to put a message out there. Kendrick really makes me hit it harder.

MusicalFury – When can we expect your new mixtape project?

Playmaka – The records are done I just have to get into the studio and critique a couple of more tracks. I would say within the next three or four months to get it all mastered.

MusicalFury – I am a strong believer in God and have an insatiable curiosity. What are your thoughts on a higher power?

Some of Playmaka’s standout Freestyles and Hits: