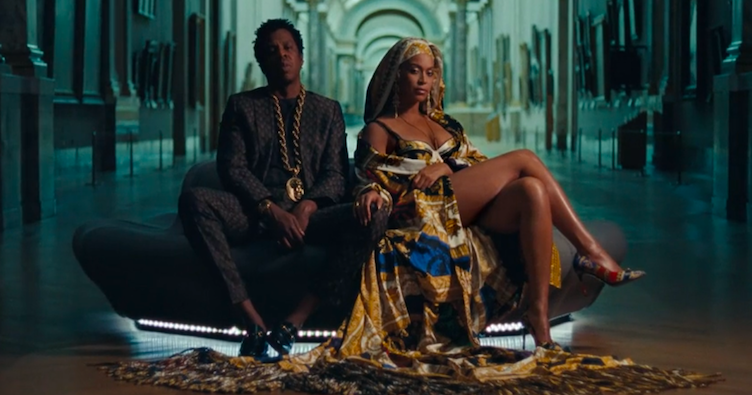 The super duo in hip hop Jay-Z and Beyonce released a surprise album called Everything is Love. I wasn’t surprised because I felt they should have released a collaboration album for a while. A lot of heavy hitters have released albums this month and Beyonce and Jay wanted some of that shine. Nas, Kanye, Pusha T and now Jay & Bae.

Want to know what is similar about all the albums? They are all under 10 tracks… Kind of crazy if you ask me but then when I really thought about it, a lot of artists release albums with half the tracks that are listenable. If all 9 tracks on this album are listenable then I guess we are good. But, I still think that all albums should have like 12 or more tracks on them, so people can get their money’s worth.

Check out the music video for Apesh** by Jay-Z and Beyonce. What are your initial thoughts on this song and/or album? My first thought when I heard this song is that it is creative but also unoriginal. Don’t be upset with what I say because it is only my honest opinion. There were certain elements of this track that shouted out loudly that they want to be followers of what is hot now and not original. It sounded just like every other hip hop song on the radio right now with the little adlibs and beat. It is a catchy song though and I will certainly be listening to the album in its entirety.