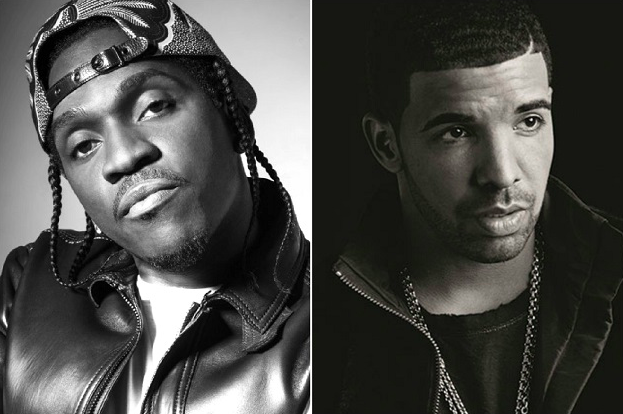 What do you think of this little friendly battle of words between Drake and Pusha T? I think it is great when artists battle it out because they get more competitive and often times the music sounds more inspired. Take a look back in the history of some of the greatest rap battles like Nas vs. Jay-Z, Jadakiss vs. Beanie Sigel, LL Cool J vs. Canibus, 50 Cent vs. Ja Rule (well I guess 50 sort of crushed Ja Rule) but there was a little back and forth there. Let us not forget the legendary battle of KRS One vs. MC Shan, among many others, the list goes on.

I did not mention Tupac vs. Biggie Smalls because that ended up in violence and it should never be that way. We lost two of the greatest artists to ever do it for something that could have and should have been squashed. I am not taking anything away from that battle but I believe it should purely be on wax and never get to that level.

Anyway, I think both artists have some pretty good diss tracks toward each other and Pusha T really knows how to market his new product. He went at one of the top guys in mainstream hip hop, which is Drake, and he responded. This could get pretty good and now Drake even included Kanye West. Who else is going to get brought into this? I say as long as the music sounds good and it doesn’t get physical, this is a great way to motivate someone to really give it their best.  Take a listen to both disses from each of the rappers below.